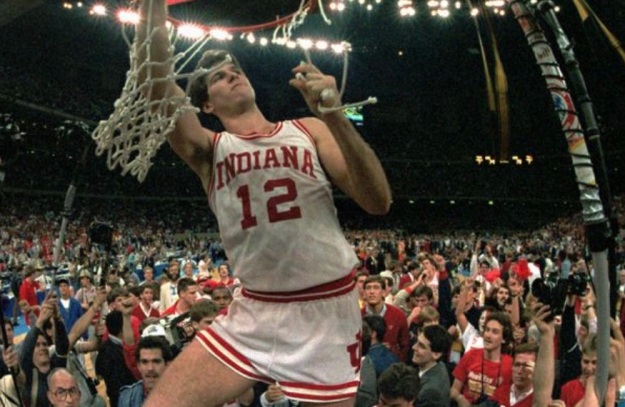 The last push notification of 2018 told me Steve Alford had been let go by UCLA, and it got me to thinking about just how unique his career has been. The ex-Bruin head coach has been nothing if not innovative in his comings and goings.

If you’re looking at college basketball fixtures that have been as famous for as long as Alford, you’re working from a really short list. Jim Boeheim, of course. Plus Mike Krzyzewski, Patrick Ewing, Chris Mullin, and Danny Manning, certainly, but not too many others. Relative newcomers like Roy Williams and Bill Self, for example, were still anonymous assistants at North Carolina and Oklahoma State, respectively, when Alford won a national title as a player at Indiana.

What’s interesting about Alford in stark contrast to other hoary holdovers from the ’80s is that, to an extent that’s unusual and that far outstrips mere maturation, he seemed to change before our eyes.

It need hardly be remarked that Boeheim and Krzyzewski have presented the same public faces forever, and, for all we know, they came out of the delivery room that way. Even players-turned-coaches like Ewing, Mullin, and Manning (to say nothing of later members of that same club like Sean Miller, Avery Johnson, Matt Painter, Steve Wojciechowski, Bryce Drew, and Chris Collins) appear to be fairly seamless adult extensions of the young players they once were.

Not Alford. As a player, he arrived on the scene as the apotheosis of taciturn yes-sir Hoosierdom. If fellow central-Indiana native Brad Stevens had been that famous that young, he might have cut more or less the same figure that Alford did at that age. Yet, somewhere along the line, those two stylistic and comportment paths diverged markedly.

A high-school legend in the state of Indiana who once scored 57 (pre-three-point-line) points and converted 25 consecutive free throws in a state tournament game, Alford was, seemingly, ordained by fate to play for Bob Knight. The coach was then at the peak of his powers, and, with Alford’s threes and one famous long two from Keith Smart, Knight won his third national title when he was younger than Chris Holtmann, Bobby Hurley, or Chris Mack are now.

(One of history’s great what-ifs is what the ’90s and aughts might have been in college basketball terms had Knight’s basketball mind been entrusted to any one of millions of other available personalities and/or temperaments selected at random from the adult population of the United States. In that Pottersville, every team still runs motion in 2019 and screens happen off the ball only.)

A cup of coffee in the NBA and a stint as the head coach at D-III Manchester came next for Alford. Then, in 1995, he was hired at Missouri State (née Southwest Missouri State), where, in his fourth season, the coach who would later be criticized for March failures had one utterly spectacular March.

In the 1999 NCAA tournament, Alford’s No. 12-seeded Bears beat No. 5 seed Wisconsin 43-32, before defeating No. 4 seed Tennessee 81-51. Coming just a year after Rick Majerus had put on an even more extraordinary display of defensive voodoo for Utah, it didn’t seem at all far-fetched to infer that this Alford guy was really onto something. Plus he was young.

In a hiring market where the Next Big coaching Things were commonly regarded as Alford, Quin Snyder, and, to a lesser extent, Self, Iowa snapped up the 34-year-old coach. He was back home in a Big Ten that was now being dominated by Tom Izzo and that still, for one last season, included Knight.

The defensive magic didn’t happen right away in Iowa City. It came around, eventually, in 2006 (and it was statistically unmistakable — Missouri State was no accident), but that excellence crashed momentously on the reef of March Madness. The brackets handed the Hawkeyes an underdog from Natchitoches.

Back then I was seeking employment as a college basketball writer. Meanwhile, my actual employer at the time expected me, for some inscrutable reason, to do things completely unrelated to college basketball. So, on the day in question, I took a leisurely lunch at a place showing the Iowa round of 64 game. I still remember the sound that exploded in a bar populated by near-equal portions of terrified Hawkeye fans and March-only onlooker types just wanting something cool to happen….

By this time Alford had already squandered precious capital with the Pierre Pierce debacle, an episode that, sadly, presaged sanctimonies and rationalizations to come. So, when the coach jumped to New Mexico in 2007, Iowa appeared to shed few tears in going back to the same “hot mid-major coach du jour” well that, to date, has supplied the last three Hawkeye head coaches.

Alford never got New Mexico to the Sweet 16, but, in fairness, the program itself has only been there twice in 80 tries. Seen in this light, his tenure in Albuquerque arguably constituted a golden era for a program that arguably has had two golden eras.

In particular, the No. 3 seeds the Lobos earned in 2010 and 2013 stand alongside the slot earned by the 1997 team as the best bracket positions in school history. More fatefully, that 2013 team was sufficiently impressive to get Alford the UCLA job after then-usual suspects like Stevens, Shaka Smart, and Gregg Marshall proved to be a human-resources bridge too far.

We know now that Lonzo Ball and T.J. Leaf would turn out to be the college performance equals of if not superiors to those precursors. Indeed, that 2017 team supplies some illuminating, though hardly exculpatory, qualitative modifiers to the undeniable quantitative facts that cost a coach his gig.

Picking on Alford for never winning the Pac-12, for example, seems a bit rich. Jay Wright didn’t win the Big East last year, but one might say his team still had a pretty good season. That 2017 UCLA team finished a game back of Oregon and Arizona, but 15-3 ain’t chopped liver, and, anyway, that Bruin group was the best one Westwood has seen since the days of Darren Collison and Holiday.

By the same token, Alford’s Bruin-era numbers in the NCAA tournament were solid enough considering the seeds….

Still, getting to the Elite Eight matters, a lot. Even Tony Bennett, for all his historically extreme performance-against-seed-expectation travails, has that bullet on his resume.

All in-season firings denote an unwillingness to wait any longer, and this one additionally connoted a desire to change the face of the program. The exertions of figures as otherwise dissimilar as Alford, Howland, and Steve Lavin suggest it’s probable the next full-time coach of the Bruins will last four-plus seasons and win about 70 percent of his games. The proverbial people close to the program, apparently, were just tired of Alford being the person that does that.

One question going forward for basketball on the left coast writ large will be the extent to which what’s ailing UCLA currently is symptomatic of something more systemic. Say what you will about league-wide cycles and geographic talent bases, the Pac-12 has certainly seen better basketball days in terms of pure performance….

With a decade of basketball having been played since the league’s No. 1-in-KenPom glory days in 2009, we can now ask the same question of the Pac-12 that the late, great Baltimore Orioles manager Earl Weaver reputedly posed to the home plate ump on more than one occasion: “Are you going to get any better, or is this it?”

I think it was Jim Crews who said all coaches are interim, and Alford made it 778 games into his coaching career before he enacted the hired-and-fired part of that neat performance-arc script for the first time. That is no small feat in itself.

He elevated the performance of the programs that employed him above what they have otherwise achieved when he was at Missouri State and New Mexico. Conversely, his teams at Iowa and UCLA outscored their leagues by about the same margins as what we saw in those same jobs over comparable periods of time from Fran McCaffery and Howland, respectively. We should therefore be up for entertaining the not terribly complex hypothesis that Alford could make some AD in, say, the American or the WCC very happy. We’ll see.

Maybe it’s strange or apt or both that the player who was present for the most recent Indiana national title went on to coach at UCLA, of all places. The Hoosiers and the Bruins are the only two teams in the country with more than two national championships wherein all of them were won in the previous century.

Both programs have been expecting their rightful return to glory any time now for decades. Alford alone has felt that distinct glare in both locales. Wherever it turns out to be, his next posting will feel very quiet by comparison.