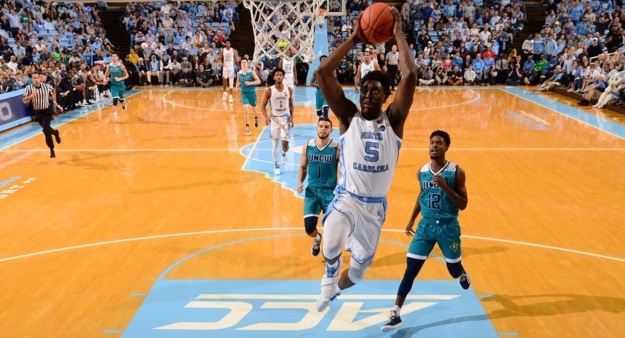 This bears mentioning because the 2018-19 week six AP poll was just released today. Here are its top 12 teams:

Instead, it tends to be the case that AP pollsters have learned a good deal by week six but aren’t yet too caught up in regular-season noise.  Their rankings of eventual champions therefore tend to be a bit more accurate by this point than they are in the preseason.

True, the preseason AP poll carries something of a reputation for being a sagacious big-picture projection uncluttered by short-term static like a loss that just happened. That reputation is not entirely misplaced.  Indeed, since expanding to 25 teams before the 1989-90 season, the preseason AP poll’s been excellent at things like, for example, ranking all four eventual No. 1 seeds.

When it comes to picking the champion, however, there is no AP poll worse than the preseason poll. If you want to find that one special team, it turns out week six is your go-to source.

Only the poll released the day after Selection Sunday has, historically speaking, done a better job of identifying the nascent title-winner. Which begs the question, what’s so special about week six?

Start with where these numbers are coming from in the first place. The two national champions playing an outsized role in this statistical week-six supremacy are Florida in 2005-06 and Connecticut in 2010-11. Neither team was ranked in their respective preseasons. By week six in December 2005, however, the Gators were already up to No. 7; the Huskies’ corresponding position at that same point in December 2010 was No. 4.

Meaning early-season ascents by teams that feel like they came out of nowhere form roughly half the story behind this week-six thing. By this point in the season, the AP’s pollsters already have a very good sense of which teams they missed on entirely in the preseason, and the voters have rectified those mistakes.

Still, if that were all there is to picking champions, it would be a later poll that would rate out as the best one. Florida, for example, kept right on going up in the polls after week six in 2005-06, getting all the way to No.  2 by week 10.

Which leads us to the other half of this story. By December, the AP poll, at least at the very top, is driven largely by the intrinsically and admittedly interesting but nevertheless not necessarily enlightening question of which team can stay undefeated the longest.

The quest for the longest perfect season is determined in no small part by the schedule a team has chosen to build for itself. Once we’re talking about schedules played in November and December, we’re a long way from predicting performance in March and April.

In between these two countervailing tendencies, week six stands like something of a chronological continental divide. Now we know what we didn’t know in the preseason, but we’re not yet completely invested in the perfect-season sweepstakes that are about to begin in earnest.

Pat yourselves on the back, AP pollsters. The rankings you just collectively produced stand an excellent chance of being as good as it gets this season, analytically speaking. We’ll check in again with what you have to say after Selection Sunday.