Recently I dropped in on a Division II practice and spoke with an analytically woke head coach who had two urgent messages for me. First, shot volume is great. Second, what happened to Tuesday Truths?

Let’s focus on that first highly perceptive part. Shot volume is just one half (how often you shoot) of one half (offense) of basketball, but it is, by far, the 25 percent of the sport that garners the least attention. It is this imbalance in explanatory bandwidth and not any silver-bullet features of the metric itself that is unfortunate. (It is no silver bullet. Ask Notre Dame.)

If you want to know how it’s possible, nay conceivable, that Illinois (still!) might wear home uniforms in its first-round NCAA tournament game despite being the least accurate team from the field in Big Ten play, our good friend X’s and O’s can’t solve that riddle alone. An awareness of shot volume can help.

As always, one of the most intriguing takeaways from these numbers is how the hoops gods seriously do not give a flying fig how you get the job done. Shot volume’s a stylistic buffet, and everyone’s invited. Whether you love offensive rebounds or choose to fear them the way early civilizations dreaded mirrors and solar eclipses, the bottom line on volume can turn out exactly the same…. END_OF_DOCUMENT_TOKEN_TO_BE_REPLACED

A national title this season for Auburn? Possibly. (AP/Julie Bennett)

If you’ve been following along here for a while, you know I’m a big fan of the week six AP poll. Over the last 20 years, week six has outperformed previous AP rankings in predicting which team will cut down the nets in April. In fact, every national champion since 2004 has been ranked in the top 12 of that season’s week six AP poll.

So, without further ado, welcome to week six:

END_OF_DOCUMENT_TOKEN_TO_BE_REPLACED

I don’t know if Tre Jones will have a proverbial breakout sophomore season in terms of shooting threes, but I do wonder if, as a college basketball commentariat, we have perhaps overlearned the lessons of Duke’s round of 32 nail-biter against UCF last March.

That was the game where the feisty Knights weren’t merely sagging but were reportedly shouting “Shoot it!” and “Hell, nah!” at Jones when he had the ball outside the arc. Johnny Dawkins must have been doing something right, because his guys played top-seeded Duke into the final seconds before falling 77-76.

The word that recurred coming out of that game (for there was time to kill leading into the Sweet 16 matchup with Virginia Tech) was “exposed.” Duke and its lack of three-point shooting had been exposed. The KenPom archives were duly ransacked, and it was discovered that no team that was this bad at making threes had ever won a national title. END_OF_DOCUMENT_TOKEN_TO_BE_REPLACED

People who talk about the history of college basketball like to say that the NIT used to be just as prestigious as the NCAA tournament, if not more so.

I know this is the case, because I recently said it in an unpremeditated fashion myself. A couple weeks ago I was interviewing a college basketball VIP, and I somewhat airily blurted out that Seton Hall winning the NIT in 1953 was noteworthy because, you know, the annual get-together in Madison Square Garden used to be a really big deal.

Then I started wondering. My knowledge of the NIT in the early 1950s is admittedly limited. Is the sound bite we all like to use really accurate? END_OF_DOCUMENT_TOKEN_TO_BE_REPLACED 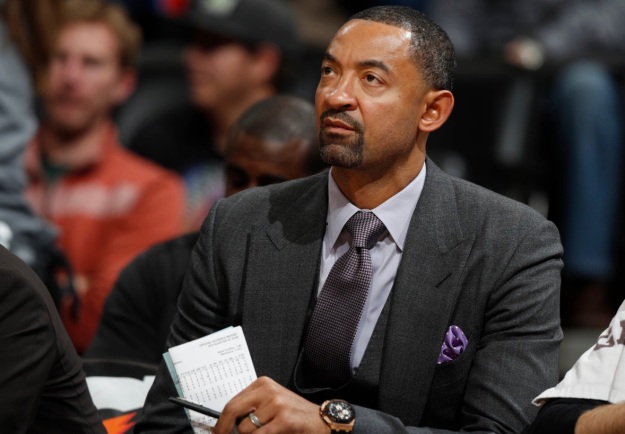 Michigan hired Juwan Howard yesterday, and the first two hot takes I read asserted that the odds are stacked against the new Wolverine coach. Howard, of course, played in the NBA, and it is said that coaches that have tried to transition from playing at the highest level to running a Division I program have been notably unsuccessful. Chris Mullin, Avery Johnson, you name it.

Certainly NBA types like Mike Dunleavy and Mark Price took on daunting challenges when they assumed the head coaching responsibilities at Tulane and Charlotte, respectively. The analytic nut to be cracked, however, is that, obviously, any coach trying to breathe life into the Green Wave, whether they have an NBA pedigree or not, would be taking on a herculean task. END_OF_DOCUMENT_TOKEN_TO_BE_REPLACED

Now clocking in at 14 wins this century, not bad. (virginiasports.com)

Counting NCAA tournament wins since 2000 is little more than a blinkered exercise in setting arbitrary and subjective quantitative goalposts. Much like a good portion of real life. Right, let’s do this.

After Kentucky there’s a big drop — equivalent to one national championship run plus one more tournament win — before you get down to a plucky underdog with two national titles like Florida. No other program has won more than 35 games. (Full team list at the bottom of this post. Limber up your scrolling finger.)  END_OF_DOCUMENT_TOKEN_TO_BE_REPLACED

March 1993: Jud Heathcote announces that Tom Izzo will be his successor as head coach at Michigan State. (Lansing State Journal)

Michigan State was the final team to reach the 2019 Final Four, thanks to a Kenny Goins three with 39 seconds remaining against Duke. By virtue not only of Goins’ heroics but also the fact that, on the same afternoon, Auburn beat Kentucky in overtime, we now know that using one-and-dones in college basketball doesn’t work.

With that question settled once and for all (I’m kidding; apparently that needs to be indicated), let us turn our attention to the gathering of old geezers in Minneapolis.

If we think of said geezers as four offenses and four defenses, one thing to be said about the collective is that, with the possible exception of the Texas Tech offense, all of these units are used to seeing three-point attempts — both for and against — flying every which way in the tournament. Indeed, Ken Pomeroy noted last week at The Athletic that the NCAA tournament has become strikingly perimeter-oriented these last few years. END_OF_DOCUMENT_TOKEN_TO_BE_REPLACED