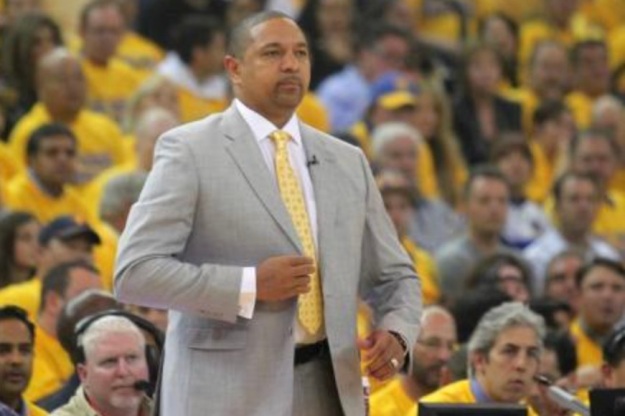 Today at ESPN.com, you’ll find a good many words in two pieces on the three-point shot written by Myron Medcalf and yours truly, respectively.

It’s a good topic upon which to lavish a good many words. You can make a case that the rapid increase in three-point attempts is the central performance story in the sport of college basketball over the last five years.

Here, in thumbnail form, is one possible version of how that story’s played out thus far, and what may lay ahead. Consider what follows as a conjectural narration of the three-point revolution’s origins, spread, and limits, delivered in handy pocket size.

In fact, to flesh out a point made in passing in the above-linked piece, this whole multi-decade three-point sea change can surely be chalked up to an accident of math. The three-point revolution has lately marched under the banner of “three’s more than two,” which is both incontrovertibly correct and woefully inadequate as an explanation.

It is also correct that nine’s more than eight, but, if we’d inherited a game where shots from the field had been worth, say, eight points for decades, there’s no way we’d be seeing a nine-point revolution right now. Or, at least, there’s no way we’d see it with a 10-foot rim, a ball 29.5 inches in circumference inflated to about eight pounds per square inch, and a nine-point line somewhere between 20 and 24 feet out from the basket.

We know from decades of hard-won experience that, at those physical specs, players, en masse, will make 30-something percent of their shots behind the line, and something in the upper 40s verging on 50 percent of their tries inside it. The kick supplied by the three, then, is only partly a function of “more than.” Mostly, it’s happenstance, the result of a ratio that values 35 percent shooting beyond the line over and above a 49 or 50 percent conversion rate inside it.

Two and three are the lowest consecutive integers where that math still works. Meaning, yes, Antoine Walker was a genius.

Well, sort of. Curry poured catalytic and ultimately flashover levels of fuel on the fire, sure, but the spark clearly was going to happen when it happened, Curry or no Curry. There was no stopping it, and Curry was perfectly positioned to reap the whirlwind.

Every significant shift in shot selection requires a coach giving a green light, and the coach on the sidelines at Golden State in 2012-13 was Mark Jackson. We know now, of course, that he was then but a few hundred days from being sacked and ultimately replaced by a rather celebrated successor. Be that as it may, Jackson was there at the turning point.

This new birth of three-point freedom, incidentally, is an admittedly crude but still handy yardstick with which to measure the spread of something else entirely, namely, the dispersion of analytic habits in basketball. Daryl Morey has remarked that the 2012 NBA draft was the first one where he felt that a critical mass of other teams was using the same criteria to evaluate prospects that he was using.

The following season, three-point attempt rates increased significantly in the NBA. That same kind of increase was recorded in major-conference college basketball in 2012-13, and, finally, in college basketball as a whole in 2013-14.

Indeed, by the spring of 2013, talk of revolution was already in the air within college hoops specifically. (Well, “revolutioniz[ing],” anyway.) In retrospect, it was a crucial stretch of months.

Limits
Because we oh-so-up-to-speed 2018 types know the power of the three-to-two ratio, we like to pester, cajole, and implore teams to shoot more threes. To justify our pro bono advice, we often cite what might be termed the Parable of the 100 Shots.

Making 35 percent or so of your threes over that many shots will yield about 105 points, while hitting half or a little less than that of your twos will give you just 98 or 100 points or thereabouts. This is the seed bed of the revolution, and, most of the time, it makes perfect sense.

Nevertheless, it’s also the case that a solid 20 percent of major-conference programs, at least for the purposes of this past season, should have sat this revolution out. When you’re much, much better at twos than threes, you should, in theory, shoot more twos.

What revolution?
More points with 100 twos than 100 threes
Major-conference games only, 2018

Ah, there we go. Now we can see that Villanova choosing between twos and threes is a matter of mere stylistic preference in the lap of scoring luxury. That’s hardly the case with SEC teams that can’t make threes, much less the historically aberrant Cal offense of 2018.

Teams like Villanova and Creighton shoot an excellent percentage on twos, in part, by attempting a lot of threes. (Repeat, in part. Shot selection within the arc is of course the largest single driver of this number.) Ever since Beilein- and Pittsnogle-era West Virginia, it’s been clear that shooting a ton of threes can, on occasion, coincide with an outstanding two-point success rate.

Jay Wright is mining that vein for all the points it’s worth. Conversely, Creighton has rather curiously chosen to mine it in terms of shooting accuracy alone. The Bluejays can and will reap the scoring benefits as well when they accept mere normalcy in terms of offensive rebounding and realize the concomitant shot-volume increase (again, a la Beilein).

In any event, this Big East “way” illustrates the three-pointer’s paradoxical and, likely, enduring lure. The way to make 100 twos more productive than a like number of threes can be, on occasion, to shoot more threes than just about any other team.

That proposition’s likely to be tested in the near future. The 2018 NIT is being played with a three-point line that’s been pushed out to the FIBA/WNBA distance, and the percentages that have resulted aren’t so very different from what we see in “normal” college basketball.

Three games to go, but, what the heck: I declare the NIT experiment with FIBA 3-point line a success.

If this line is adopted by the NCAA after next season, the growth in three-point attempts will likely slow as teams pause and consider this strange new distance. Slow, but not cease. The experience of the line relocation that took place in 2008-09 suggests that this three-point train cannot easily be stopped. The ratio is and will continue to be so very enticing.