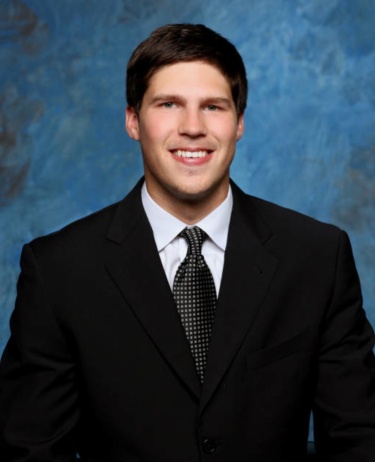 He will be missed.

I’m certainly not above grabbing a handy news peg like that, but for now you can keep your “small sample size” and “single-elimination tournament randomness” powder dry. If anything I’m more interested in Buzz Williams leaving a program that has won 13 NCAA tournament games this century to take the head coaching job at a program that (with apologies to my friend Ken) has won one tournament game in the 2000s. Williams voted with his feet, and, as my colleague Jeff Goodman has pointed out, the coach made quite the statement.

Williams may have jumped ship for reasons having little or even nothing to do with “This conference I’m in now is slowly taking on water, so I better swim to that lush and beautiful ACC island over there.”

Yes, that would matter. RT @DarrenWolfson Why Buzz left, per sources: AD left in Dec., clause in contract changed buyout from $2M to 100K.

The assumption here, just the same, is that subsequent coach movements that on the surface are, like Williams’ move, triggered by purely quotidian factors may nevertheless flow primarily toward and not away from the ACC, Big 12, Big Ten, Pac-12 and SEC.

If you’ve been reading along for a while, you know I like to adjudicate questions of conference strength through the cold and heartless but dispositive prism of NCAA tournament seeds and results. Your current standings, updated through yesterday’s games, look like this.

In a couple weeks when the American donates Louisville to the ACC, the former will drop down to 61 wins (or so, depending on what the Cards and Connecticut do this weekend) and the latter will see its win total ratchet up to at least 195. I’m wondering about the American too, as it happens (see below), but it doesn’t have a storied name like “Big East” attached to it.

When you realign conference memberships in basketball, you lock in alignments — at least for the time being — that may look less attractive in relatively short order. In Creighton, the Big East now has a school that fits one league profile (CU’s a Catholic institution) but not another (it’s located in Omaha). Meanwhile in Butler the conference also has another member that fits one profile, kind of (it’s in Indianapolis, which is at least east of DePaul), but not another (BU’s “independent,” meaning, I suppose, it was founded by an abolitionist and when that battle was won they decided to keep the place open on the off chance that someone would need to film an iconic movie sequence in 121 years).

Why was the Big East willing to stretch geographically and ecumenically for these two members? (Xavier was less of a stretch on both metrics.) The league needed enough members to fill out a basketball schedule, and Creighton and Butler were the best options on the board. Then again they were the best options, in part, because of the presence at that time of Doug McDermott and Brad Stevens. Now both of those guys are gone — the first foreseeably but with consequences that may be more significant than initially foreseen.

The largest single factor driving the Big East’s post-McBuckets attractiveness as a basketball proposition will be whether Villanova and Georgetown can return to peak form. Those are two worthy brand names in college basketball terms, most definitely (not to mention two members of a very exclusive club), but between them the Wildcats and Hoyas have recorded just three wins in the field of 68 over the last five tournaments. And averaging 0.6 tournament wins per season is no way for two flagship programs to behave.

If Nova and Georgetown were to continue on the good-but-not-great hoops path, I’m not sure our hallowed major/mid-major dichotomy would carry much taxonomic water anymore. I’m seeing more of a pyramid thing shaping up here, one where the mid-section is made up of the neither-fish-nor-fowl likes of the Big East, American and Atlantic 10. (The A-10 has posted 29 tournament wins this century. Go Dayton, break 30.) And what, exactly, would replace our trusty and familiar yes-no sorting mechanism for Division I? Majors, “near-majors” and mid-majors? That’s for the marketing folks to decide, but I think the question may be raised sometime soon.