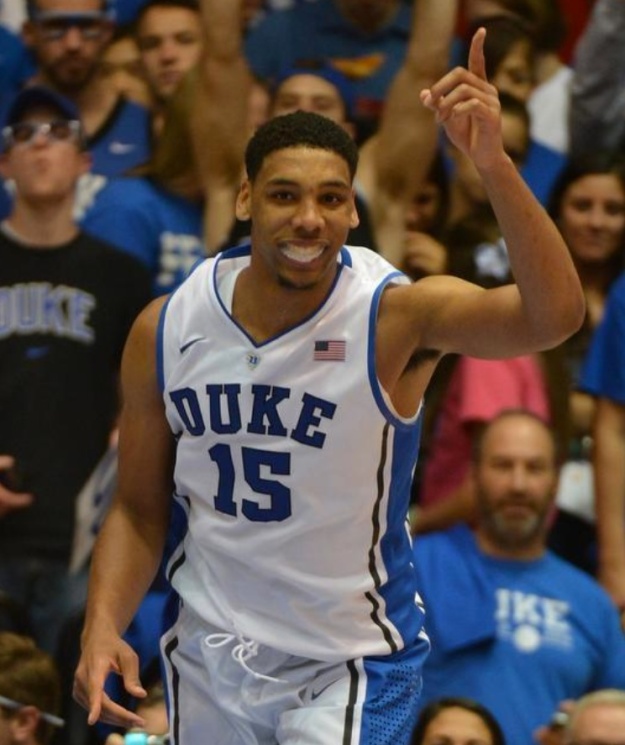 Kaminsky vs. this guy. That should be fun. (newsobserver.com)

Tonight the ACC-Big Ten Challenge will tip off, with Florida State hosting Nebraska and Clemson playing at home against Rutgers. This will be the 16th time the conferences have squared off in this event, meaning if there had been a Lamar Hunt figure at the founding we would be referring to this as Challenge XVI.

The ACC holds a 10-3 advantage since 1999, though in truth John Swofford’s league hasn’t won the event outright since December 2008. The last two Challenges have ended in 6-6 ties. This will be the first year that 14 games are played — the ACC chose to leave Boston College at home for this one.

If the ACC leads the Challenge 10-3 all-time, that must mean it’s been the better conference over the past 15 years, right? Well, sort of.

The Big Ten’s dominated KenPom for four years now, and the Challenge has not been impressed
Jim Delany’s league has ranked No. 1 in the nation in Ken Pomeroy’s rankings in each of the past four seasons. That torch will almost certainly be passed this season, however, and very likely to the Big 12, for three reasons: 1) Conference rankings tend to favor leagues with fewer teams (cf. the 2004 ACC); 2) There’s a reasonable likelihood that former Big 12 millstone TCU will be strangely respectable this season; and 3) The Big Ten’s rating is about to be impacted by what diligent hoops analysts in white lab coats term “the Rutgers Effect.”

So the past four seasons may turn out to have been a golden pre-Rutgers moment, of sorts, for Big Ten hoops. And all the league got out of it was two Challenge wins, two ties, and a good but not necessarily scary 26-21 record in this event over that time.

Top-to-bottom conference strength is important, of course, and when these imbalances are at their most extreme the Challenge does tend to reflect that disparity. The ACC’s historically good KenPom rating in 2004 was presaged by a 7-2 walloping of the Big Ten in the Challenge. The Big Ten’s extreme numerical advantage in 2012 was foreshadowed by the league’s single most decisive win in this event, an 8-4 cakewalk.

Still, such years are the exception to the rule, and if there’s one college basketball truism reinforced by the ACC-Big Ten Challenge it is that home-court advantage trumps all. Nine out of 15 years, fully 60 percent of the time, the Challenge has either been a tie or decided by just one game either way.

Challenge results haven’t necessarily captured each conference’s “strong” years
When most people talk about the “best” conference they’re really talking about the respective tops of the various leagues. This is why the ACC will be referred to all season long as clearly the best conference in the country even though in actuality the league as a whole is just too dang big and Clemson-y to have much of a shot in the KenPom derby. Indeed, there’s a chance that for the foreseeable future the ACC will continue to be college basketball’s iceberg league, one where two-thirds of the conference lurks beneath the surface of public and, often, pundit notice.

That being said, those publics and those pundits do have a point when they say the ACC is “best.” What they really mean is that the league will very likely get some really good seeds in the NCAA tournament. This is where I bring in seed points, my zero-sum Rube Goldberg device for measuring conference strength at the top of the league only. With a sliding scale where a No. 1 seed in the NCAA tournament earns your league four points and a No. 4 seed is worth one, here’s how my colleague Joe Lunardi projected the 2015 field heading into this season:

Sure, this is just a bracket projection from November, and, sure, Florida may not get a No. 2 seed after all. But this particular bracket projection really isn’t so far off from what pollsters and laptops are both saying at the beginning of December: Duke, Louisville and Virginia all look like top-10 teams.

In the era that the Challenge has been played, the best year either conference has had in terms of this measure was the season the ACC had in 2005, when it earned 11 seed points. In that season’s Challenge the ACC won 7-2. Three other times a league has earned 10 seed points. We’ve seen that the 2004 ACC and 2012 Big Ten won their Challenges 7-2 and 8-4, respectively. The 2013 Big Ten, however, had to content itself with a 6-6 tie in the Challenge even though the league dominated — along with the fin de siecle Big East — the top few lines of that year’s NCAA bracket.

Simply put, having more than one of the nation’s top teams is no guarantee of Challenge success. If your league’s exceptionally strong team is playing at home, they’ll likely record a win that they may have achieved even if they’d been less strong. And if they’re playing on the road they’ve likely been paired with an opponent good enough to win on its home floor.

This year’s Challenge
The marquee game is Duke at Wisconsin, and it should be glorious. I’m also looking forward to seeing an Ohio State team that’s quietly been much better than expected on offense receive a stiff test on the road at Louisville. In a 14-game event, however, the outcome is likely to hinge on pairings where the home-court advantage enjoyed by a weaker team figures to result in a coin-flip or something close to it. Namely:

Stranger things have transpired than the Challenge coming down to the 40th minute at Welsh-Ryan Arena in Evanston late Wednesday night. Enjoy the spotlight, Yellow Jackets and Wildcats. It may fall to you to decide this excessively early and recurrently overanalyzed event that is nevertheless a genuinely compelling competitive spectacle.