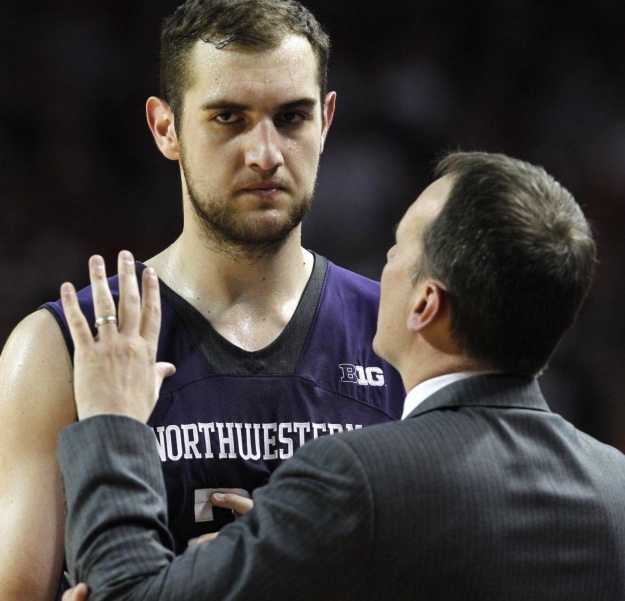 Alex Olah is very excited about his coach’s decision to forego offensive rebounds. But has a team ever succeeded because of bad offensive rebounding and not merely in spite of it? (Chicago Tribune)

Offensive rebounding is one of the few antecedents of scoring in sports that a significant minority of coaches consciously and indeed insistently tries to do very badly.

That fact alone doesn’t mean those coaches are wrong — sometimes the smart play is to miss a free throw or let the opponent score — but it sure is interesting. This season a handful of coaches with realistic chances at an NCAA tournament bid will seek to win that reward, in part, by avoiding offensive rebounds.

Stats will be brought into this discussion momentarily, don’t you fret, but at the outset I trust plain old words can do justice to a rather remarkable state of affairs. First let us note that there’s nothing intrinsically special or magical about offensive rebounds — or, conversely, about transition defense.

It will surely come as no surprise to find that as your offensive rebounding gets worse, other parts of your offense or defense have to get better to make up the difference. That would of course also be true of either of the sport’s other two main statistical activities, be it shooting or turnovers. As you get worse at one thing you have to get better at others, and among those “things” an offensive rebound is most certainly not a silver bullet. UCF proved as much last season.

What’s different about offensive rebounding in particular is simply that a notion has arisen to the effect that being really bad at it can, somehow, be good for your team. That alone is a bold premise. To my knowledge no coach has ever expressed an intention to try to miss more shots or commit more turnovers.

Conformity is boring, and I like that D-I has hundreds of coaches who are free to let their stylistic freak flags fly. Still, I’ll confess that when I’m an AD (I understand Michigan may have an opening soon) I’m going to ask a stupid question. Can we try to be above-average at both offensive rebounding and transition defense? Is that really so very impossible?

Separating intent from inability and deemphasis from boycotts
Over the last three seasons in conference play, “normal” Tuesday Truths teams have posted offensive rebound rates that are about 45 percent as large as their defensive rebound rates. This tendency can be glimpsed across wildly differing rebounding levels.

Meaning the following teams were not normal on the offensive glass last season. Something else was going on.

As you move further up into the 30s you encounter highly efficient masterminds like Bo Ryan (who posted a 0.37 ratio last season) or John Beilein (0.39), or even masterminds with moderately talented relatives (Creighton: 0.36).

I’m terming anything in the upper 30s a deemphasis. Conversely history suggests that anything below 0.33 reflects a more emphatic disavowal of these bothersome offensive rebound things. This is closer to a boycott. By the time you get to seasons like the ones we saw from Wyoming, Northwestern and Seton Hall in 2013-14, you’re looking at the bottom (or, perhaps in their coaches’ eyes, “top”) 2.7 percent of the Tuesday Truths teams in terms of offensive-to-defensive ratio.

If you want to join that 2.7 percent, here’s what you should know going in….

1. Boycotting offensive rebounds costs your team points
In conference play last season Northwestern posted the lowest offensive rebound percentage recorded by any Big Ten team in at least a decade. Yet in almost every other way the Wildcats were indistinguishable statistically from Illinois on offense. The result was an exceptionally tidy real-life demonstration of the hit your offense takes when a team all but abandons offensive rebounding.

Reading left to right, in Big Ten play the Illini and Chris Collins’ men were uncannily similar — indeed, very nearly identical — in terms of how well the respective teams shot from the field (abysmally), how well they took care of the ball (about average), and how often they got to the line (next to never).

But the end result of all that similarity, in terms of actual points scored per possession, was surprisingly dissimilar.

J’accuse! It was the Cats’ prohibition on offensive boards that wreaked this havoc, right? After all, in conference play Illinois pulled down 29.0 percent of its misses, putting the Illini right at the league average (29.2).

Actually, Illinois was also far more accurate than Northwestern at the line in Big Ten play: 73 percent as opposed to 68. So for the purposes of isolating the effects of anemic offensive rebounding in particular, let’s go ahead and re-imagine Northwestern in 2014 as being exactly as good as Illinois was from the line in conference play. If the Cats had shot 73 percent on their freebies instead of 68, they would have scored something closer to 0.90 points per trip instead of the 0.88 they actually recorded.

Meaning the best guess is that this particular boycott cost the offense somewhere between 0.05 and 0.06 points per trip when contrasted with an alternate scenario featuring league-average work on the offensive glass. And even that may be understating the impact of boycotts in general. Most teams will shoot far better than Illinois or Northwestern did last season, so presumably there would be a larger benefit from more offensive rebounds.

Is 0.05 or 0.06 points per trip a big deal? Define “big.” Last season one standard deviation for offense in Big Ten play was equal to 0.08 points per possession, and, again, we’re speaking of an improvement that — even if it can’t be guaranteed — can be at least sought more or less by telling your players, “Go to it.” There aren’t many improvements like that in sports.

Of course for all we know Coach Collins could read this post and yell “Release the hounds!” only to find that his team actually isn’t all that great at offensive rebounding. The Wildcats were, truth be told, the No. 10 team in the league on the defensive glass.

Some teams just aren’t going to be very good on the boards, and in such cases a low offensive rebound percentage can reflect haplessness as much as strategy. If you’re looking for examples of such teams from last season, I nominate the likes of TCU, Wake Forest, Santa Clara, Houston, Richmond, Boston College, Saint Joseph’s and Duquesne. They all had terrible offensive rebound percentages relative to their conference averages.

Then again those teams also had much higher offensive-to-defensive ratios on the boards than did the men from Evanston. Not to mention the two teams that were even worse than Northwestern at defensive rebounding in Big Ten play — Minnesota and Penn State — were both perfectly normal on the offensive boards. And while it’s true that perimeter-oriented teams typically post lower offensive rebounding rates, the Cats’ offensive-to-defensive ratio on the glass stood out even among offenses that shot a lot of threes in league play last season.

The obstacles between Northwestern and, say, Boston College’s perimeter-oriented brand of below-average offensive rebounding need not be insuperable. And that level of rebounding would add points to the Cats’ bottom line.

2. The relationship between bad offensive rebounding and limiting transition opportunities may be less direct than we think
In Mountain West play last season Wyoming rebounded just 17.3 percent of its misses, good for No. 414 out of the 415 team-seasons I’ve tracked in the Tuesday Truths leagues over the past three years. (In case you’re wondering, Air Force in 2011-12 was even worse on the offensive glass than Wyoming was last season.)

Clearly there are herculean exertions being devoted to not getting offensive rebounds in Laramie. Are the rewards commensurate to the points being sacrificed? Thanks to Jeff Haley’s hard work, for any team in D-I we know what percentage of its opponents’ initial field goal attempts occurred in the first 10 seconds of the shot clock.

It turns out the Cowboys were indeed very good at limiting transition opportunities last season, but they were nowhere near being the best in the nation at doing so.

St. John’s, to take one example, was statistically identical to Wyoming in terms of limiting transition opportunities, and the Johnnies were normal on the offensive glass. Meaning Steve Lavin got 100 percent of the transition D benefits that Larry Shyatt moved heaven and earth to secure for his own team — plus offensive boards.

3. Before you boycott offensive boards look at what Virginia just did

The Cavaliers’ coach has worked through the fact that he didn’t get offensive rebounds when he played, and he now allows his players to try for them.

For the balance of his coaching career Tony Bennett’s been a Bo Ryan-variety apostle of deemphasis when it comes to offensive rebounding.

This was the best offense Bennett’s had in his eight-year career. True, that wasn’t solely the product of better offensive rebounding. The Cavaliers’ turnover rate dropped, and they also got to the line more often. But achieving league-average offensive rebounding was the largest single change from year to year.

Meanwhile, as you well know if you saw this team in action last season, the Hoos’ transition D stayed great. (It was No. 11 nationally in 2012-13, before plummeting all the way down to a disgraceful and shocking No. 22 last season. After permitting opponents to run up and down the floor unchallenged like that, Bennett’s lucky he’s not on the hot seat.) If nothing else Virginia demonstrated that, even with zero players proceeding directly to the first round, you can combine respectable offensive rebounding with superb transition D.

4. Sometimes we fight wars that only we know about against enemies only we can see
Last season nine of the ten teams in the Missouri Valley Conference averaged between 62 and 65 possessions per 40 minutes in conference play. The tenth team, Southern Illinois, averaged 61. This striking unanimity in speed marks the Valley as one of the slowest conferences in the nation, not to mention one of D-I’s most statistically homogeneous leagues in terms of pace.

Nevertheless, this season a sizable minority of the programs in the Valley will again predicate their marked aversion to offensive rebounding on what is always held to be an imminent threat of transition points from the opponent. These teams will again busy themselves building Maginot Lines for fast-break invasions that most likely wouldn’t have materialized in any event. Hyper-cautious offensive-to-defensive rebound ratios not only reinforce the Valley’s deliberate pace of play, they also look rather superfluous amidst it.

Meanwhile Gregg Marshall still refuses to get with this program and in fact has taken pretty much the exact opposite approach.

What a kook. Doesn’t Marshall realize his transition D’s about to be exposed?

Deemphasis as quintessentially coach-ish
It’s hardly a ringing endorsement of deemphasis to note that choosing to be really bad at offensive rebounding has often been the preferred “Come in and get me!” style of coaches in their final pre-firing seasons. Bruce Weber at Illinois in 2011-12, Jeff Reynolds at Air Force that same year, and Ken Bone at Washington State last season all notched in-gig lows for in-conference offensive-to-defensive ratios on the boards on their way out the door.

Those coaches may have a point. The top of our national OR-TD rankings are indeed dominated by some of the game’s biggest names.

Then again you may have noticed that there are some numbers missing in that last column. That’s because not every national leader in this stat comes from one of the major conferences.

You can combine offensive rebounds with transition D. You can even do so with mid-major talent. It happens all the time.

Conversely when you have a number above 300 in either of those first two columns — and, of course, it doesn’t matter which one — you’re not going to rate out very well on this metric.

The next time your head coach rationalizes a number above 300 in that first column by mouthing shopworn pieties about an alleged causal relationship between horrid offensive rebounding and excellent transition D, show him these happy faces…. 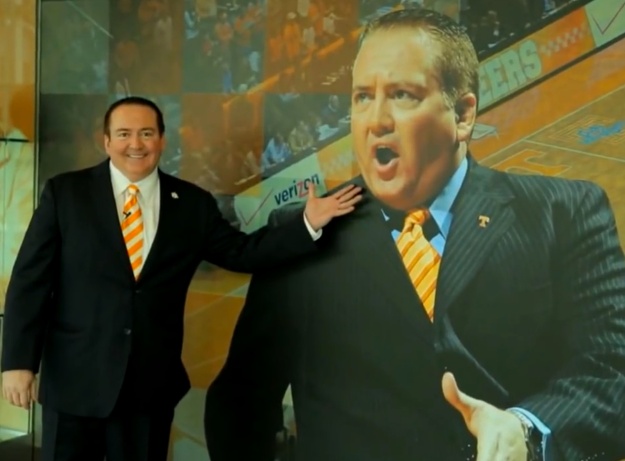