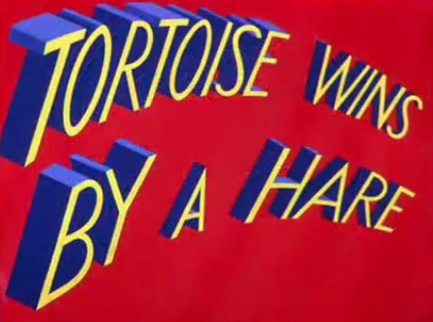 For a few years now this Big Ten graduate has kept a bottle of bubbly on ice to be opened only when the league is no longer the nation’s slowest major conference. At the time I started my tradition, I fancied that I was following the ritual started by veterans of the 1972 Miami Dolphins, who drink a toast each year when the last remaining undefeated NFL team loses a game. The only difference here, of course, is that Bob Griese and Larry Csonka get to sip their sparkling wine annually, while I’ve never tasted mine.

Yes, the Big Ten was only half-a-possession slower than the Big East in 2013, a difference in pace that’s invisible to the naked eye. Then again that Big East has now scattered to the four winds, and as a numerical matter the Big Ten’s tortoise streak (No. 31 nationally last season, ahead of only the Ivy League) is alive and well.

Maybe that streak will at long last be snapped this season. After all, there’s a lot of talk floating around to the effect that first-year head coaches Richard Pitino (Minnesota) and Chris Collins (Northwestern) will speed up their previously slow-paced teams. Could a couple of new coaches really spell the difference between business as usual and popping the cork?

Here’s a quick back-of-the-envelope projection of the fastest-case scenario, based on the following assumptions:

1. Let’s say both Pitino at Minnesota and Collins at Northwestern do indeed turn out to be speed-crazed maniacs, on the order of what’s been achieved by Fran McCaffery at Iowa following in the wake of the notably slow-paced Todd Lickliter. (Collins talks a good game, but of course we’ve never seen a team of his. Pitino’s Florida International team ranked No. 48 in the nation last season in adjusted tempo.) A McCaffery-esque uptick in tempo would mean the Gophers and the Wildcats, like the Hawkeyes before them, would be averaging something in the neighborhood of 65 possessions per game in conference play.

2. Meanwhile let’s further assume that the rest of the league stays at its current pace, or, more precisely, what that pace would have been if they hadn’t had to play Minnesota or Northwestern under the previous regimes. Here’s what the rest of the Big Ten would have looked like tempo-wise last season (insert movie preview voice) in a world where Minnesota and Northwestern had suddenly gone missing and thus no games were played against either the Gophers or the Wildcats.

In other words, last year the 10 Big Ten programs that went on to retain their head coaches after the season sustained an in-conference hoops ecosystem that — even with Wisconsin being Wisconsin — featured a somewhat normal tempo: 64 possessions a game. Add two 65-ish tempos to those 10, and the prospects are good for a normal pace in 2013-14.

Of course this is the fastest-case scenario, and there are any number of things that could go wrong with this picture. Maybe the new rules on defense will have different impacts on different conferences. Maybe Collins will decide to ease into his sweeping stylistic transition in Evanston. Maybe with four new starters at Indiana Tom Crean will take his foot off the pedal ever so slightly.

But overall the chances for champagne look better this season than they ever have. The real question here may be whether another major conference goes as slow as the old-format Big East did in 2013. At a minimum it now seems safe to pencil in the balance of the Big Ten as somewhat normal in their preferred pace. That in itself has been a long time coming.