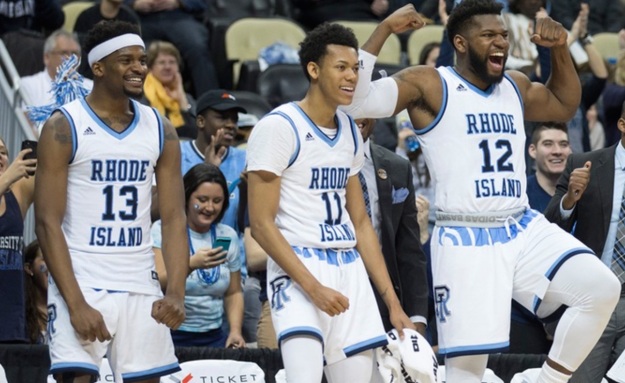 Stanford Robinson, Jeff Dowtin and Hassan Martin straddle the ridge between 67 happy teams and 283 benighted programs who will blame the coach, refs, the committee, East Coast bias, or all of the above. Welcome to Selection Sunday.

There are three broad areas of suspense in play for Selection Sunday 2017. Two of these areas are inherent to the endeavor itself and therefore venerable. The third’s arisen just within the past few years as a result of the committee’s unstated and perhaps unconscious but nevertheless unmistakable moments of Cal Trask-like rage against the unbidden and unwelcome KenPom dad figure.

The three areas of suspense to watch are:

1. The No. 1 seeds
I’ve suggested from time to time that No. 1 seeds don’t really matter. Villanova did pretty well without one last year, and, anyway, the magic numero uno is purely an artifact of how many quote-unquote regions there are. If the committee someday decides we should have 72 teams and eight regions with nine teams each, are we really going to obsess over the cut line on the S-curve between team Nos. 8 and 9? That answer would be yes. Admit it.

There, my doomed homily is at an end, and you still care about who the No. 1 seeds are. I get it. My team was one of those once, too, and it feels good.

As to this year’s elite quartet, the consensus has spoken, and, after a wacky week where two of these teams didn’t even make their conference tournament title games, these are still your No. 1 seeds:

The only suspense here will be whether Duke’s Arizona-in-1997-like run over a veritable Olympus of vanquished foes (Louisville, UNC and Notre Dame) on its way to the ACC tournament crown could slide the Blue Devils into position for the last No. 1 seed. That would keep a hitherto healthy decade-long Category 5 roster streak of earning No. 1 seeds alive and well, but on Sunday morning this is still coming down to a longshot in the view of the mock bracket hive mind.

2. The bubble fulcrum (when I mix a metaphor, it’s a beaut)
Congratulations, Rhode Island. You have paradigmatic value in the genre of Selection Sunday suspense. With a loss in today’s A-10 final to VCU, you will become part of this year’s six-team bubble fulcrum:

With a URI loss today, the math would suggest there are four spots available for these six teams. Indeed, whether your mock of choice comes from my esteemed colleague, my esteemed former podcast colleague, or the collected wisdom of these two intrepid sooth-sayers and no fewer than 115 other like-minded seers, it’s notable that all of the above are united in serene analytic accord on this question. Four of the above six teams will get in, two will not.

Then again we’ve learned the hard way that this kind of consensus out here in the non-committee world doesn’t really matter, does it?

3. The committee’s annual one-team grenade
As we’ve become more and more confident in our predictions as to what the committee will do in recent years and, crucially, as the committee itself has become progressively more conscious of these expectations, it has become a Selection Sunday custom for the group of people with the actual decision-making power to confound and baffle all of us with just one of their 68 selections. Indeed the committee seems to fairly delight in doing so. It’s developed to the point where I now imagine the end-zone dances the individual members must do in the committee room as each year’s ex nihilo “You Get a Bid!’ team is announced.

Two years ago that grenade was hurled into our oh so smug and collectively confident midst to the everlasting benefit of UCLA, and last year, of course, it exploded above our stunned heads on behalf of Tulsa. Who will get that call in 2017? A hoops nation waits with a portentous hush….

Georgia? Houston? Illinois? (O, the irony!) Duck and cover, because that pin has been pulled….