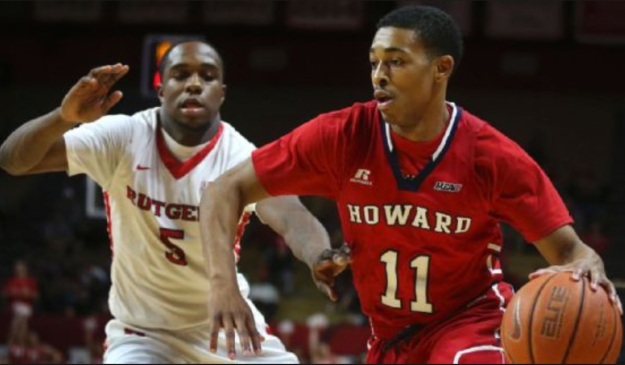 The nation’s leading scorer is Howard’s James Daniel, a seasoned junior who plays for a fast-paced team that isn’t great. How emblematic of him.

Most of the teams we spend our time talking about have now played 15 or so games, and even the conference seasons are at last well underway. We’ve now seen 20 percent of all the major-conference games we’re going to get in 2016, so forgive me if I feel like I have a pretty good — albeit still adjustable — understanding of where the season’s headed on January 13.

To my eyes these are the four factors (if you will) driving this unique season, in order of importance….

1. No great teams (hereafter NGT)
Kansas, Oklahoma, North Carolina, Michigan State, et al., are all fine teams that nevertheless would be ground into a fine neutral-floor powder by the Duke, Wisconsin, Kentucky, and Arizona teams we saw last season. Last year was unusually strong at the top. This year is unusually weak. I trust this isn’t merely Grandpa Simpson-variety carping on my part; ideally it is instead something I looked into and wondered about before the start of the season. More importantly a diagnosis of no great teams doesn’t have to be a dyspeptic lament.

True, when people have said “no great teams” in the past it has customarily been the nut graf in a larger decline-of-the-game critique. I, on the other hand, am a decline skeptic of long standing. From my chair the game is alive and well and fun to watch, and this season the entertainment will consist in part of an NCAA tournament that is there for any Cinderella’s taking.

To take one obvious example, this should be a great year to predict a 16-over-1 upset. Not that it will happen, of course, it’s just likely to be more likely than in most seasons. Happenstance dictates that some seasons really do host stronger assemblages of talent in Durham, Lexington, and elsewhere than do other seasons. This is one of those “other” seasons.

For recent historical precedents I nominate seasons like 2011, 2013 or 2014. You’ll notice that UConn tends to dominate the postseason vacuums created by NGT years. You’ve been warned.

2. The new clock
Last season an average major-conference game that didn’t go into overtime had 64 possessions. So far this season that number is 69. This eight percent acceleration in pace has resulted in (well, what do you know?) an eight percent increase in points scored per 40 minutes in major-conference play compared to last year.

Mind you, teams can still go slow if they really want to: Virginia and Miami played a 58-possession game last night. To repeat a point I’ve offered previously, my concern with regard to the bad old days was never that they gave rise to the relatively slow-paced likes of Wisconsin and Virginia. My concern regarding said days was instead that they gave rise to pale imitations of the Badgers and Cavaliers, mounted by teams that weren’t nearly as good at basketball.

The counterintuitive impact of shortening the clock has been a greater degree of tempo heterogeneity. You might assume that shoehorning all action within the confines of 30 seconds would narrow the range of possible stylistic choices where pace is concerned. Go figure, teams in major-conference play are displaying a more diverse array of tempos, statistically speaking, than they did one year ago today. Different fans will vote as they see fit, but personally I prefer “heterogeneous with a faster mean” to “homogeneous with a slower mean.” So I’m happy.

3. Ben Simmons chose LSU instead of UK, Duke, KU or Arizona
Directly related to point No. 1, above:

I have to admit that, purely as an unbalanced college basketball fan, part of me is the slightest bit miffed at Simmons. Imagine him handling the ball and threading assists through traffic at, say, Kansas. (This thought experiment assumes that Bill Self wouldn’t feel obligated to mark his territory by subjecting Simmons to a standard Oubre-variety freshman auto-bench. He didn’t with Andrew Wiggins.)

Note that the team choice made by one (incredible) freshman can have significant ramifications for the entire season. I would cite this as one trait that’s more pronounced in college basketball than in any other team sport, professional or college. And I love that this is the case, maybe because it’s a nice idiographic counterweight to the nomothetic tendencies of yours truly and his ilk who are always tracking thousands of possessions and droning on about probabilities and tendencies.

This year not so much. Simmons is Simmons, I suspect Brandon Ingram will correctly get more noise and attention thrown his way as soon as Duke plays someone of note, and for all the sturm und drang surrounding Skal Labissiere it’s at least a bit ironic that Jamal Murray’s been more or less as good as expected. While we’re on the subject I also think Diamond Stone is being a tad more DeMarcus Cousins-like than people are choosing to realize, but there you are.

In sum we have Simmons alone on a mountaintop, with guys like Ingram, Murray, Stone and one or two others holding down the “very good in their own right” fort. This is a normal-or-slightly-worse freshman class following hard on the heels of an extraordinary one, and that has left a good deal of blue sky for old guys. As a result the non-Simmons players having the largest impacts this season are almost without exception veterans: Buddy Hield, Denzel Valentine, Kris Dunn, Georges Niang, etc.

How I learned to stop worrying and love the egalitarian and accelerated showcase for veterans (EASV)
The most common way to talk about a college basketball season is as though it were a red line on a stock ticker. Each season the sport is either said to be “up” or “down,” and in recent years the latter has been the most popular selection by far.

I wonder if a better metaphor for each discrete college basketball season might be a sandwich, something comprised of some layers that we like more than others. Do I wish we had some of last season’s freshman still around or that Simmons had enlisted my invaluable help in choosing a school? You bet, and I’d love to see all of the above playing in category 5 locales at this season’s pace. See? Layers.

Enjoy the EASV! I know I will.