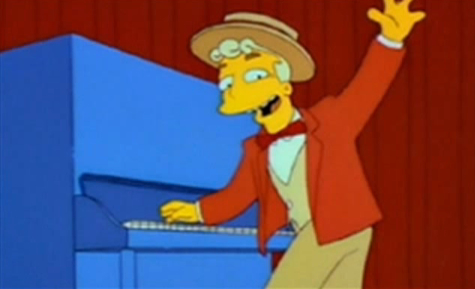 Shelbyville understands the connection between Grambling football and NCAA reform.

Grambling State’s football players boycotted last week rather than play a game against Jackson State, a course of action that seems eminently rational when your school’s athletic budget has dwindled to the point that wearing the team’s uniform puts you at risk for an infection. Meanwhile up in Indianapolis, the NCAA fairly swims in all of its cash.

The demands of Huma’s group and the players’ complaints at Grambling are not that far apart.

Among other things, Huma’s group is pushing for concussion reform at the N.C.A.A. level, ensuring that players are never stuck with insurance-related medical bills and making sure that permanently injured players do not lose their scholarships. The group also wants to adopt an Olympic model in which star athletes are allowed to endorse products and receive pay for opportunities that arise from those endorsements.

At Grambling, players protested deterioration in the athletic complex, complaining of mildew and mold. The weight room’s floor is coming apart, and it was not replaced because of a dispute between the administration and the former coach Doug Williams, who was fired last month. Players say poor cleaning of uniforms has increased the risk of staph infections.

Huma’s group is demanding: 1) “concussion reform” (either that’s poor wording or Huma’s complaint is with the way our cranial cavities are designed — good luck with that); 2) adequate health insurance coverage; and 3) the Olympic model.

Apparently I have a different conception of “far.” Not only are 1, 2 and 3 far apart from 4 and 5, they’re entirely separate. Huma could see his three-point reform program enacted in full this morning, and Grambling’s weight room floor would still be a hazard.

To be sure, the NCAA’s need for greater reality-congruence is very real and very dire, in matters both large and small. But until my fellow critics of the NCAA grasp a cardinal truth, a good deal of our criticism will continue to be vaporous, questionable in motive, and Sisyphean in nature. That cardinal truth is as follows:

It’s possible for bad things to happen in the vicinity of college sports that are not authored entirely or even primarily by the NCAA.

This Grambling boycott is one of those. (Another one happened in the Elite Eight last April.) No more coals to Newcastle, no more indignation to Indy. Make that check payable to “Grambling State University Athletics,” and mail it to: